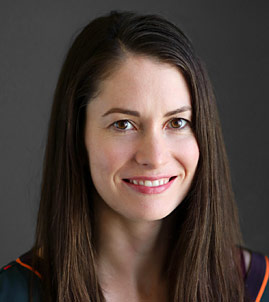 Jen joined CFM in 2010 as an articling student and continued with the firm as an associate after being called to the bar in May 2011.

Jen earned her undergraduate degree at Columbia University, where she studied international relations and comparative politics. Jen went on to study law at the University of British Columbia. During both her undergraduate and post-graduate studies she actively pursued travel and volunteer opportunities.

While at UBC, she spent a semester studying at the University of Cape Town in South Africa. In Cape Town, she volunteered at a clinic run by a non-profit organization called People Against Suffering, Oppression and Poverty, helping refugees navigate the asylum claims process. Jen also spent nine months in Cambodia and Thailand working with an organization that provides community legal education, managing a long-term project at Chiang Mai Womenâs Prison addressing public health and access to healthcare.

Currently, Jen volunteers at the Salvation Army Legal Clinic and is acting as counsel on pro bono cases at the BC Human Rights Tribunal and at the Federal Court of Appeal. Jen has appeared in front of the B.C. Provincial Court, Supreme Court and Court of Appeal. She is a member of the Law Society of British Columbia, the Trial Lawyers Association of BC, the Canadian Centre for International Justice and the Canadian Bar Association.