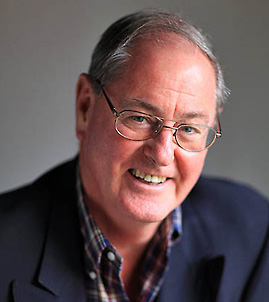 J.J. Camp has over 30 years experience representing plaintiffs in product liability and aviation cases. After the inception of the Class Proceedings Act in British Columbia in 1995, he added class action lawsuits to his areas of focus, including a role as lead counsel in pursuing the Hepatitis C litigation that resulted in a pan-Canadian settlement on behalf of class members with a value of approximately $1.5 billion.

Early in his career, J.J. fielded requests for advice on several aircraft accidents, including one where eight high-profile passengers sustained injuries. With respect to aviation cases, J.J. has established a national reputation of being one of Canadaâs leading trial lawyers and an authority on the law and procedure governing this niche practice area. Today, Camp Fiorante Matthews Mogerman acts on up to two dozen different aviation accident cases at any one time.

In 1988, J.J. also launched the British Columbia initiative to recover compensation from asbestos manufacturers for asbestos related diseases and death from inhaling material containing asbestos. This initiative has resulted in the recovery of compensation on behalf of British Columbia workers and their families of many tens of millions of dollars, with recoveries ongoing. This initiative also resulted in three successful Supreme Court of Canada appeals argued by J.J..

After earning a Bachelor of Arts degree (University of Victoria, 1965), J.J. worked for the Communications branch of the Canadian National Research Council and went on to earn his law degree from the University of British Columbia in 1969. Since then, he has enjoyed a distinguished legal career, including being appointed Queenâs Counsel in 1986. He has also been appointed a fellow of the American College of Trial Lawyers and a fellow of the International Academy of Trial Lawyers. J.J. has argued approximately 15 matters before the Supreme Court of Canada.

Frequently sought after to share his litigation expertise, J.J. has lectured to lawyers and others on a wide range of subjects. In 2011, he co-presented a webinar for hundreds of Canadian lawyers on the rules of evidence pertaining to objections.

J.J. has been very active in the profession, including supporting the development of the legal profession both in Canada and abroad. Mr. Camp’s involvement has included roles as:

Mr. Camp has been counsel in the following leading cases: