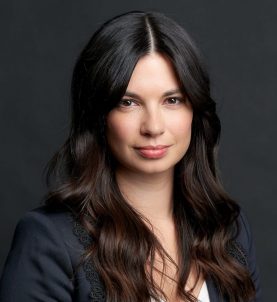 Chelsea joined CFM in 2020 and has experience in a wide range of civil litigation. She was called to the Alberta bar in 2012 and the British Columbia bar in 2014. Chelsea practices primarily in class actions, working on cases involving price fixing, product liability, and privacy breaches. She has represented clients before the provincial, superior and appellate courts in Alberta and British Columbia.

Since 2017, Chelsea has been an instructor with Luciana Brasil at the University of British Columbiaâs Allard School of Law in the area of class actions. She is a current member and past member-at-large, co-chair and secretary of the Canadian Bar Associationâs Class Actions Section and volunteers as duty counsel with Amici Curiae Legal Workshops.